Will Schmidt’s Journey From Suicide to Expedition Paddling 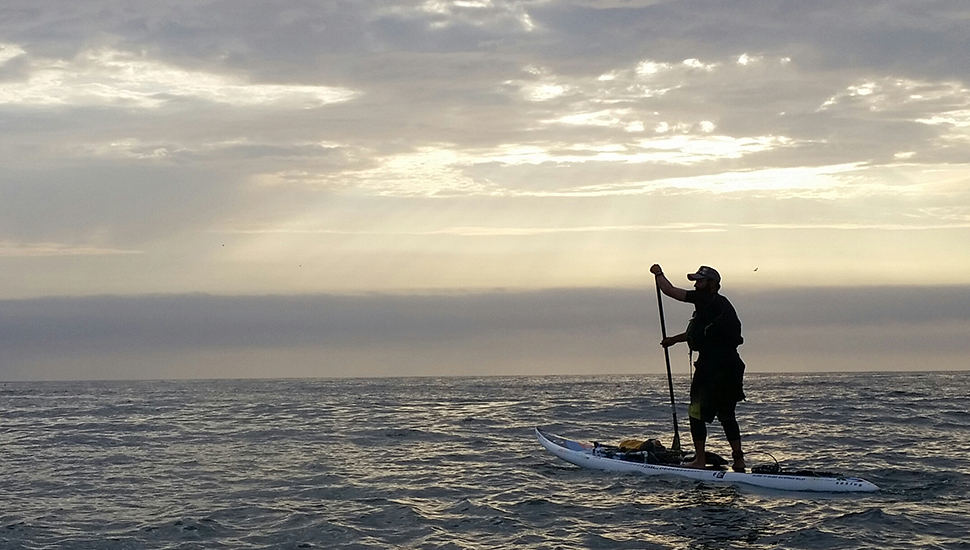 From a young age, Will Schmidt has dealt with anxiety and depression. His condition seemed to have worsened after serving overseas in the U.S.Marines Corps and he decided that he would take his own life. Then he received a call from his mother who sensed something was wrong. She intended to leave a message but instead spoke to her son directly, as a mother she sensed something was not right and advised her son to go out and do something. Go for a walk or paddle, just do something.

So he did. Schmidt grabbed his SUP and drove to Dana Point Harbor where he paddled about a mile offshore to the “flag buoy.” He tethered himself there and bobbed for hours, alone with his thoughts and the sounds of the sea. He realized that if he didn’t turn his situation around that he wouldn’t be around much longer. While floating out on the ocean that day, made him remember how good paddling helped him feel.

“I found my vindication on the water that day,” he recalls. “I really believe that not just standup paddling, but being around the ocean, in general, is what saved my life.” 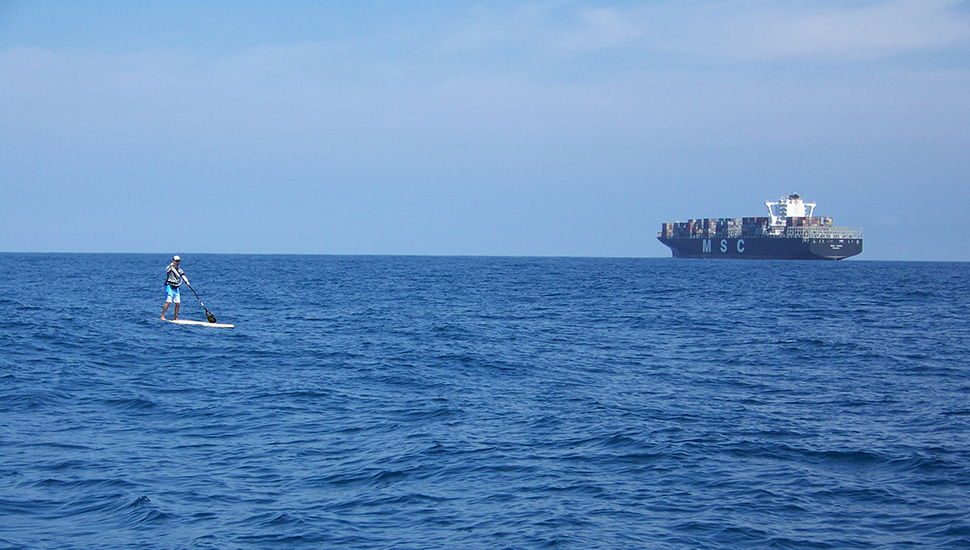 Finding clarity on big blue. Photo courtesy of Will Schmidt

He honored the memory of a good friend who had committed suicide after returning home from overseas. He decided to do a channel-to-channel crossing from Dana Point to Catalina Island to raise awareness about mental illness that U.S. veterans suffer from and to pay tribute to a fallen friend. The response from people was not quite what he expected.

“People started emailing me asking what I was going to do next,” Schmidt said. “I’d never thought about that. The response from everybody was so well-received [that] I thought I could really do something with this.”

Since that first crossing, Schmidt has paddled the Catalina channel numerous times and holds the records for the fastest time on a 14-foot and unlimited board. He also completed a 58-day solo and unassisted trip from Canada to Mexico in 2014. Never one to take it easy, Schmidt is currently putting the finishing touches on the plans for his next big adventure—a three-week voyage through the Channel Islands.

In 2013, Schmidt unsuccessfully led a solo, chase boat-supported expedition from Oxnard to Dana Point with the goal of consecutively reaching all eight islands in the chain. This spring, he’s back to finish what he started and complete the 300+ mile voyage once and for all. In partnership with researcher Tom Holm, Schmidt hopes to raise awareness about the threats to both endangered species and historic Native American cultural sites throughout the region.

Schmidt found a purpose for his life through paddling and wants to help others do the same. Through his expeditions, he seeks to inspire people and raise money for various charities. 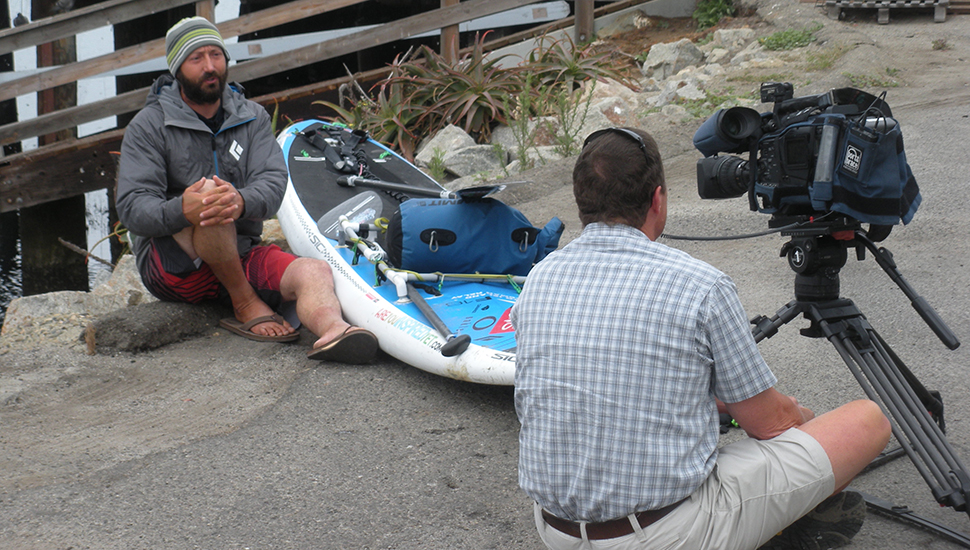 Schmidt raises awareness for depression through all different mediums. Photo courtesy of Will Schmidt

“I know it feels like you’ve got nothing to live for, but what you need to understand is that[depression is a sickness not unlike a cold, the flu, or cancer and just because it can’t be diagnosed with a test, people think that it’s made up” Schmidt said. “What I really want to get out there is that it’s real. You’re not any weaker for saying that you have a problem and that you need help. Because that’s the thing, the silence is what’s killing people.”

The first step to solving the problem is admitting you have one, ar that, the choice is yours. Take the time to seek counseling, surround yourself with good people,  find a hobby and immerse yourself in it.  But most importantly, know that your life is full of purpose.

For the past nine years, Will has lived his life with that purpose in mind. He continues to defy depression and inspire others every day, one paddle stroke at a time.

Learn more about what Will Schmidt is doing.

The story of Schmidt’s 58-day expedition from Canada to Mexico.