Ironman athlete Bruce Smith was nearly robbed of the ability to compete in events when a life threatening injury threatened him no longer being able to run. He soon found himself at rock bottom, until stand up paddle boarding became his salvation. 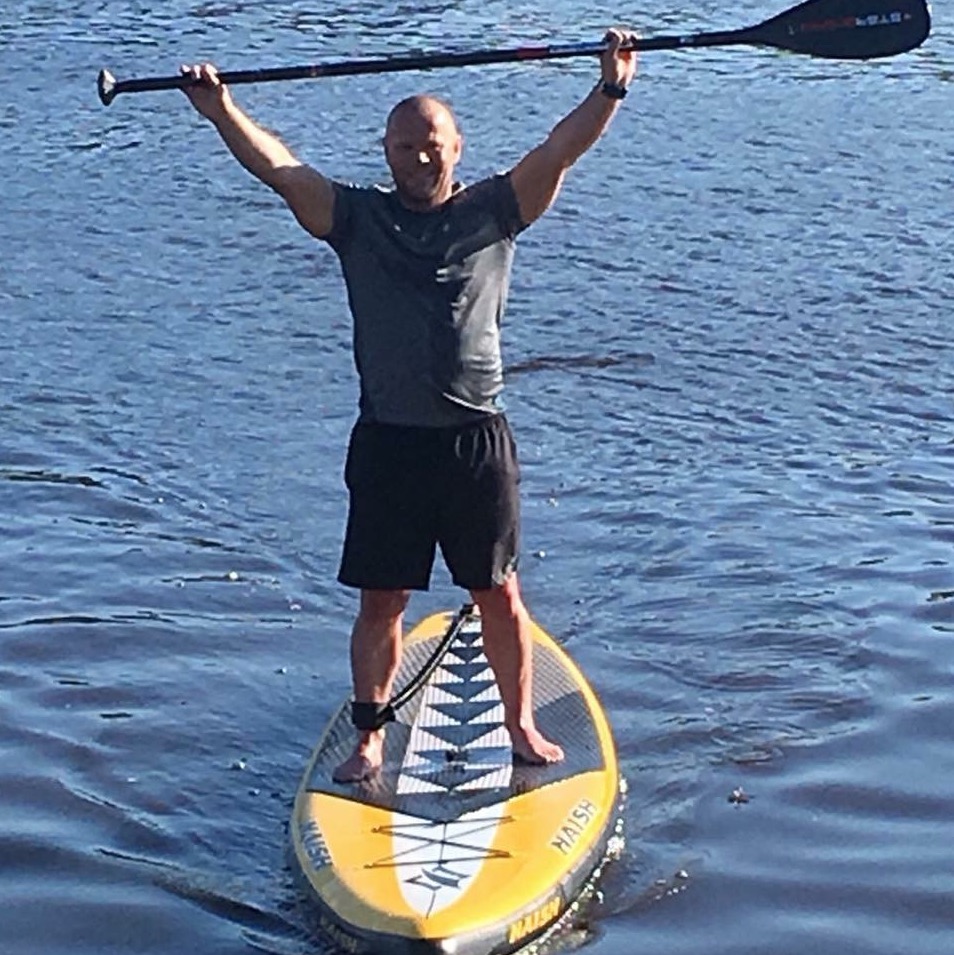 Bruce battled Post Traumatic Stress and was able to work through his disorder while competing in ironman contests, marathons and training for these events. Until he sustained a serious cartilage injury to his ankle and told he would not be able to run again. Competing and running had been his crutch to abstain from a life of drinking and smoking. The  news was hard to deal with and dealt a crushing blow to his self-esteem. However, a chance meeting with SUP enthusiast and biomechanics coach, Anna Little gave him a second chance.

He started paddling with Anna on the River Tyne and helped her to train for the races she had entered on her N1SCO board. It wasn’t longer after that Bruce began to experience the adrenaline rush of having a reason to traina again. Training with Anna gave him the motivation and drive, the more they trained, Bruce began to feel fit again. He also began to have feelings of happiness and focus. Once he started to ride on the N1SCO Naish boards that things really took off and he began to focus more on race training.

“Training on the SUP brought me back. It gave me a purpose again. When I’m on my board all I have to focus on is my performance and training.”

Along with running his own business Ironsmith Sports Therapy, Bruce has become an important asset of the Northern SUP Race Team. They are helping with training programs, taster sessions as wellass motivating and encouraging their members. Bruce is trying to give back to other people what he found and benefit from his experience.

Bruce, who now runs his own business Ironsmith Sports Therapy, has become an integral part of the newly formed Northern SUP Race Team, helping with training programmes, taster sessions as well as motivating and encouraging members. “I want to be able to give what I have found to other people and to give them a shared goal and to benefit from the experience” says Bruce. 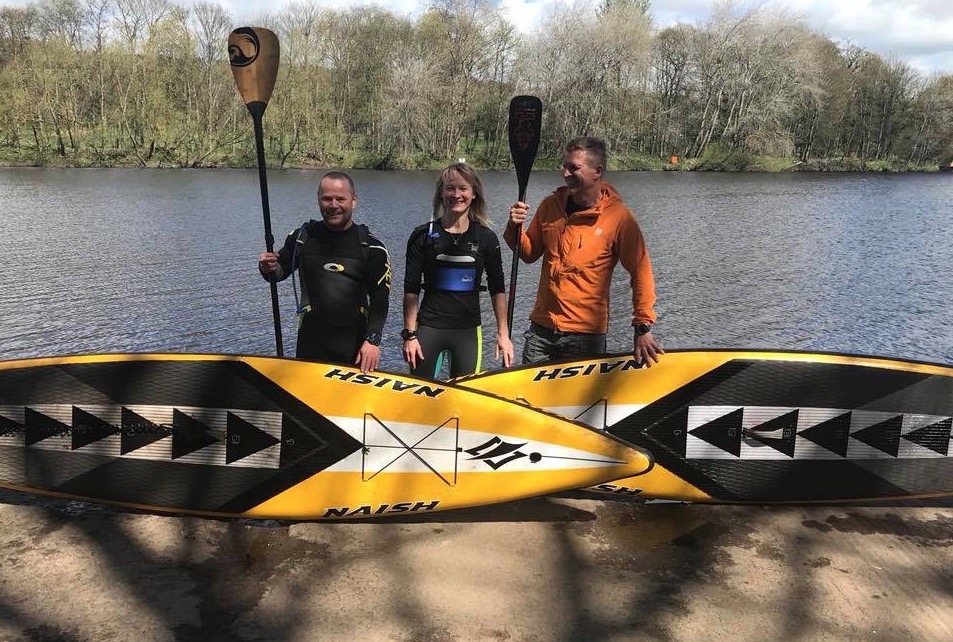 I love racing, that’s why I train. Races aren’t about the actual race itself. It’s about the training journey and knowing you have done your best.”

Bruce has been very vocal in his support of Naish’s N1SCO race series. It’s a fair platform because it places everyone at the same level and no one has the upper hand. The N1SCO is a great, all-around board for anyone from experienced to novice to race on. Northern SUP Race Team Founder Anna Little was inspired by Bruce’s story and the main reason why she wanted to start the club.

Training with other people inspires you to do better. I want other people to experience that – it’s winning in the game of life.” According to Bruce “A few years ago I hadn’t even heard of SUP. Seeing people standing around on boards in the sea on holiday made me laugh – it looked pointless. There was no physical challenge. “How mistaken could I have been? “Little was I to know SUP would save my life.”

SUP has given Bruce a whole new life changing experience and challenge, it helps him to focus on everything else that he’s doing to make himself a better paddler. “I have to push myself to see what I can do, it makes me feel alive!”